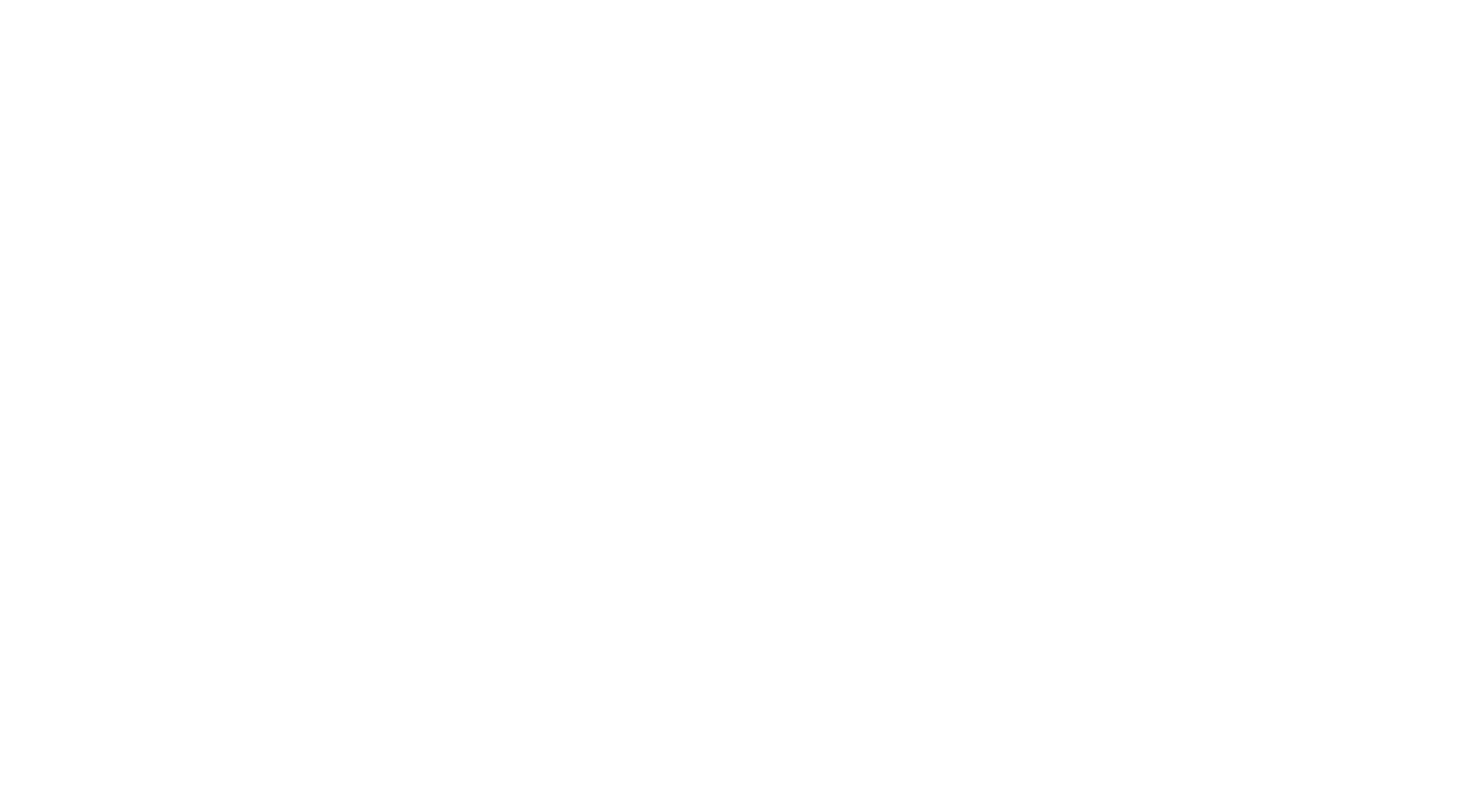 ABOUT THE SIX INVITATIONAL

The Six Invitational 2022 is the most prominent esports competition in Canada and for Ubisoft. Due to the event restrictions in the province of Quebec (Canada), the 2022 edition was relocated to Stockholm, Sweden, where the top 20 rainbow six siege teams competed in a LAN environment.

Due to strict sanitary measures, the event did not host any live audience on site, although it was broadcasted on YouTube and Twitch by an enormous amount of streamers & content creators! The Grand final took place on February 20th.

A key objective of the mandate is to top the prize packages of the 2020 Six Invitational.

A striking medal in the Six Invitational 2022 colours accompanied the custom watches we proposed. Each winner received a Rainbow Six Siege prize pack packaged in a heavy-duty Nanuk case.

Our artists created the Eoniq Navigator-S custom watch concept. The watch is customized with a silver Six Invitational logo and the title “World Champion 2022” on a metal dial behind the hands. Black and silver highlights brighten up the sleek design of the watch. Its contemporary and sophisticated frame is embellished with amethyst and ruby jewels, adding a touch of class and elegance.

With this in mind, we created a trophy with an angular shape reminiscent of the Six Invitational 2022 identity. 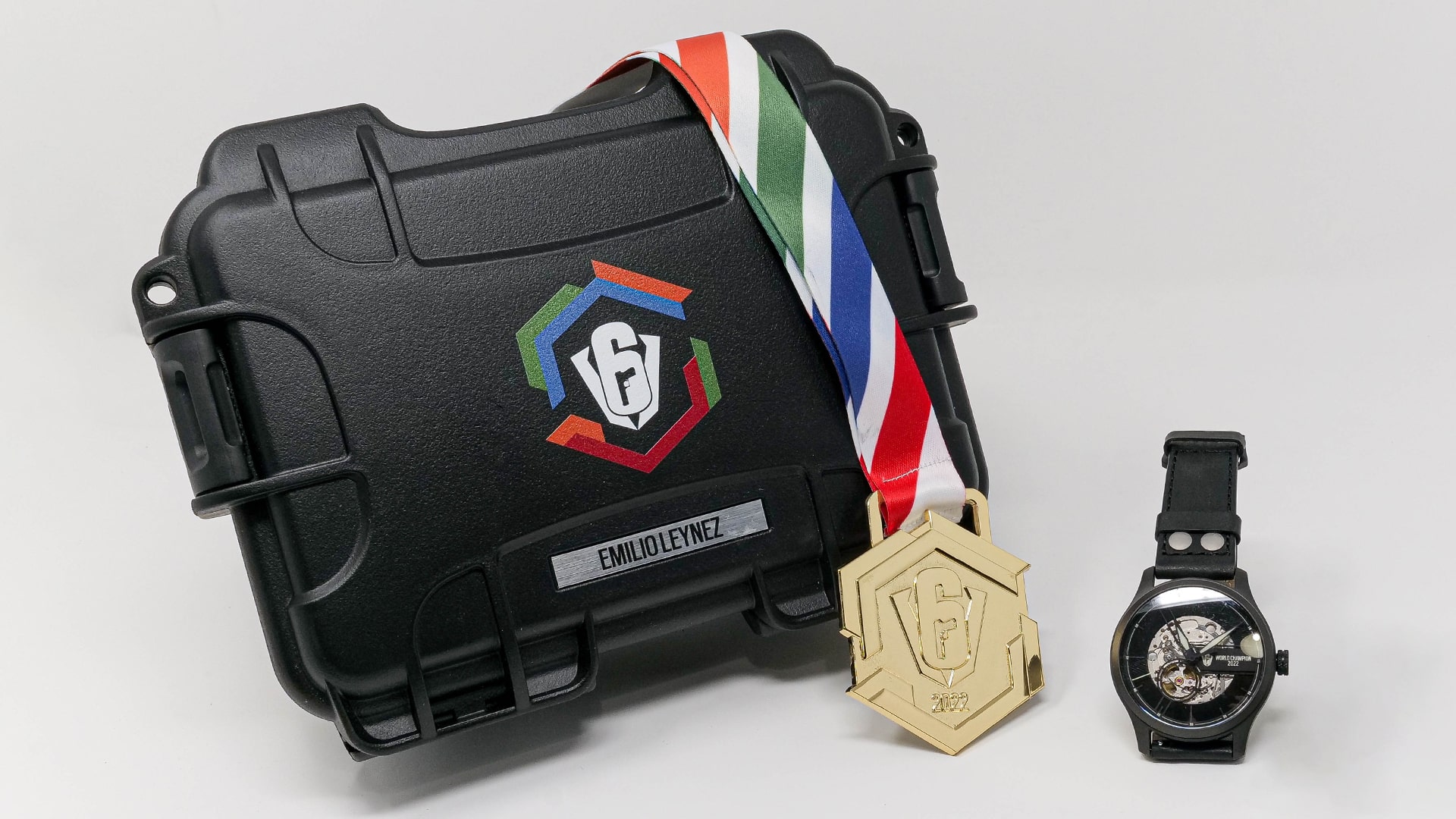 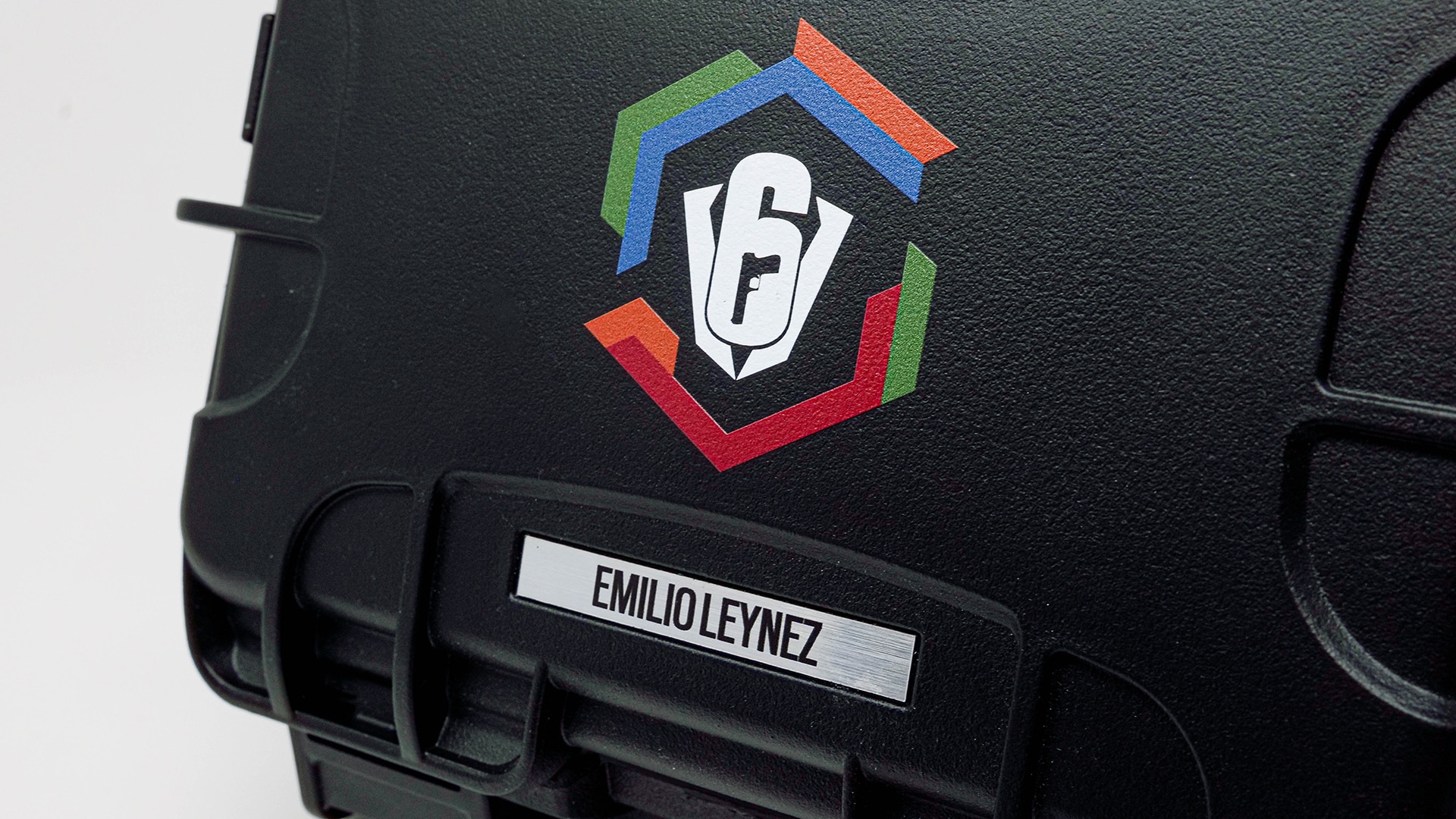 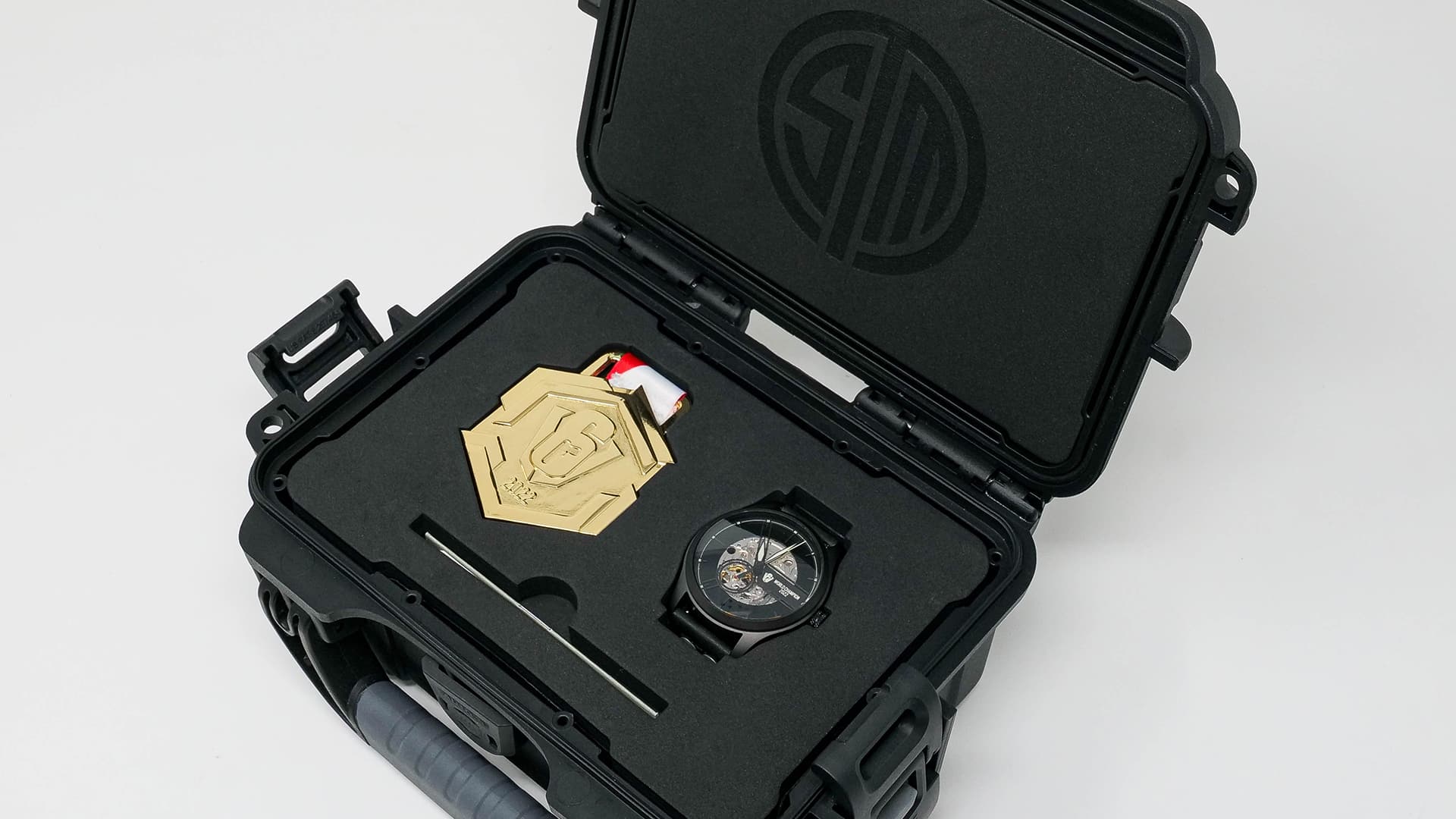 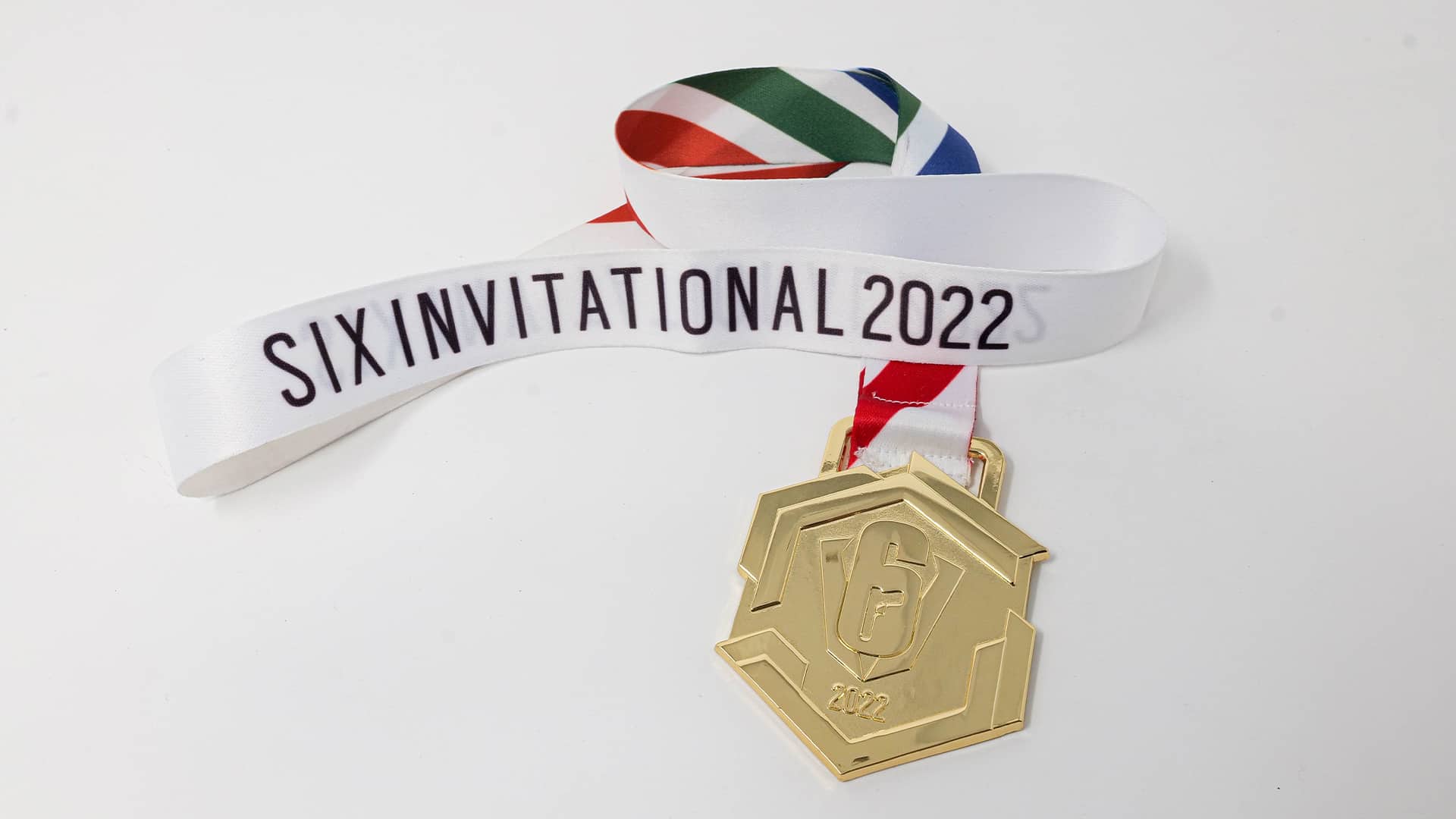 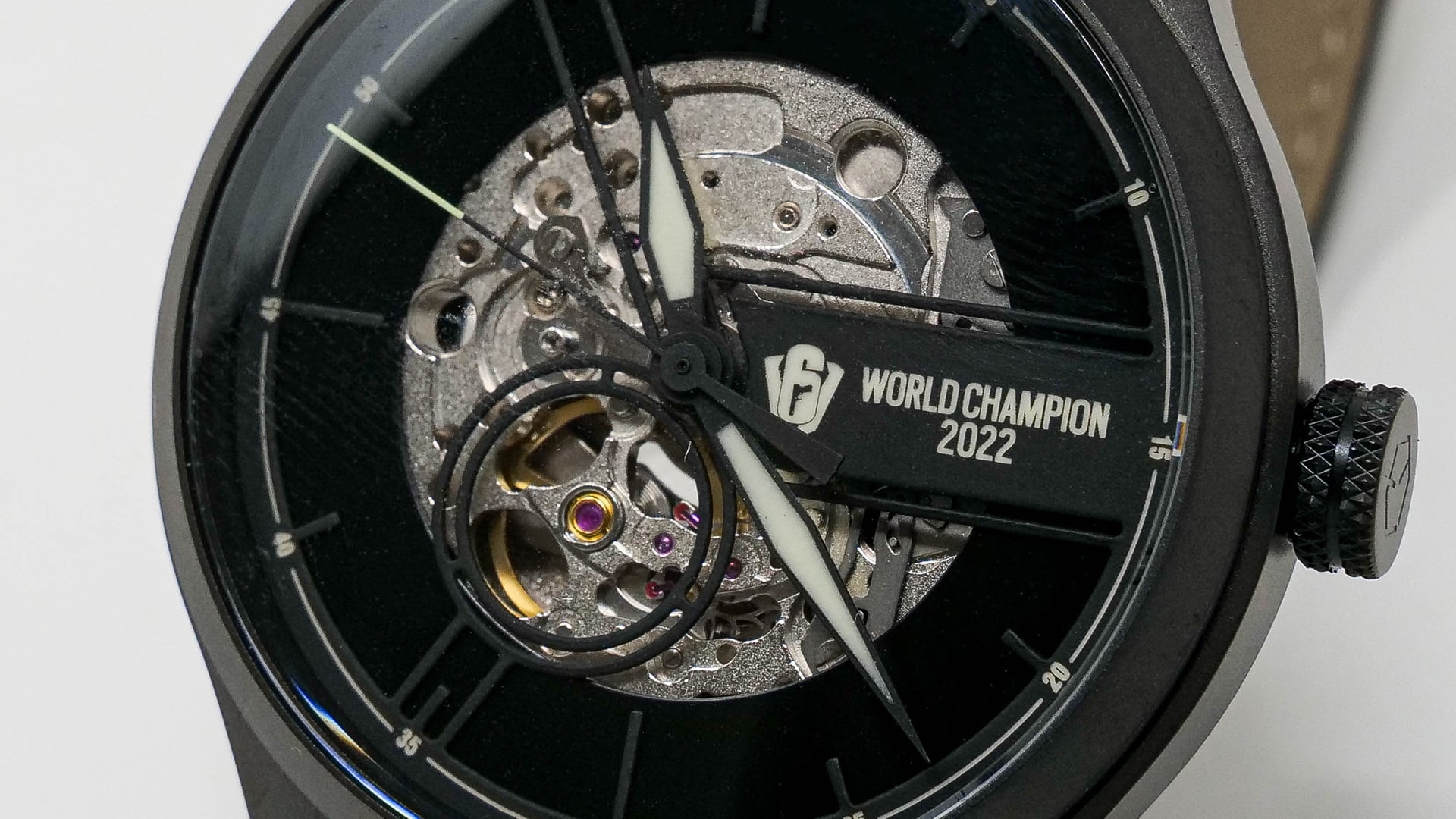 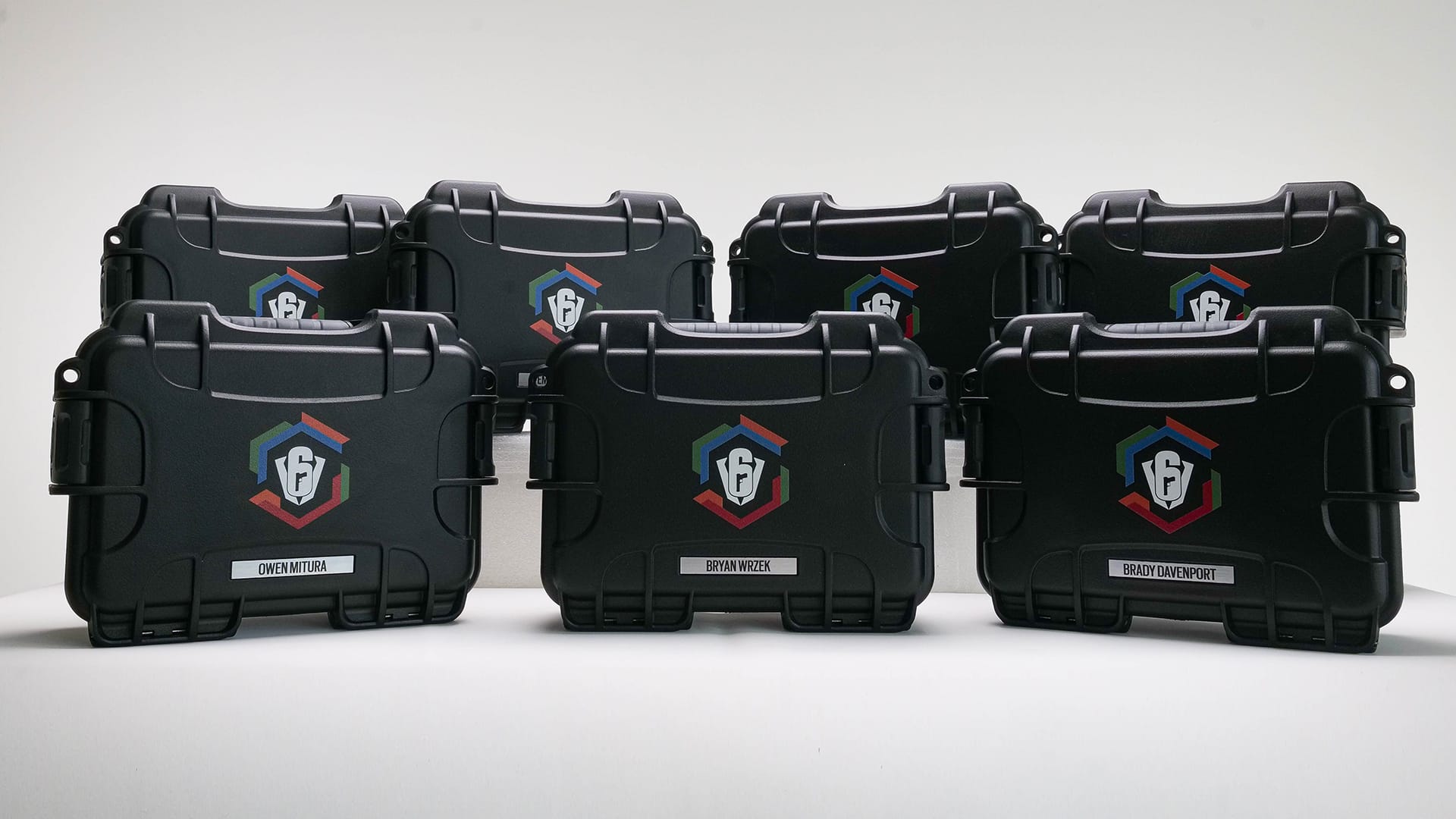